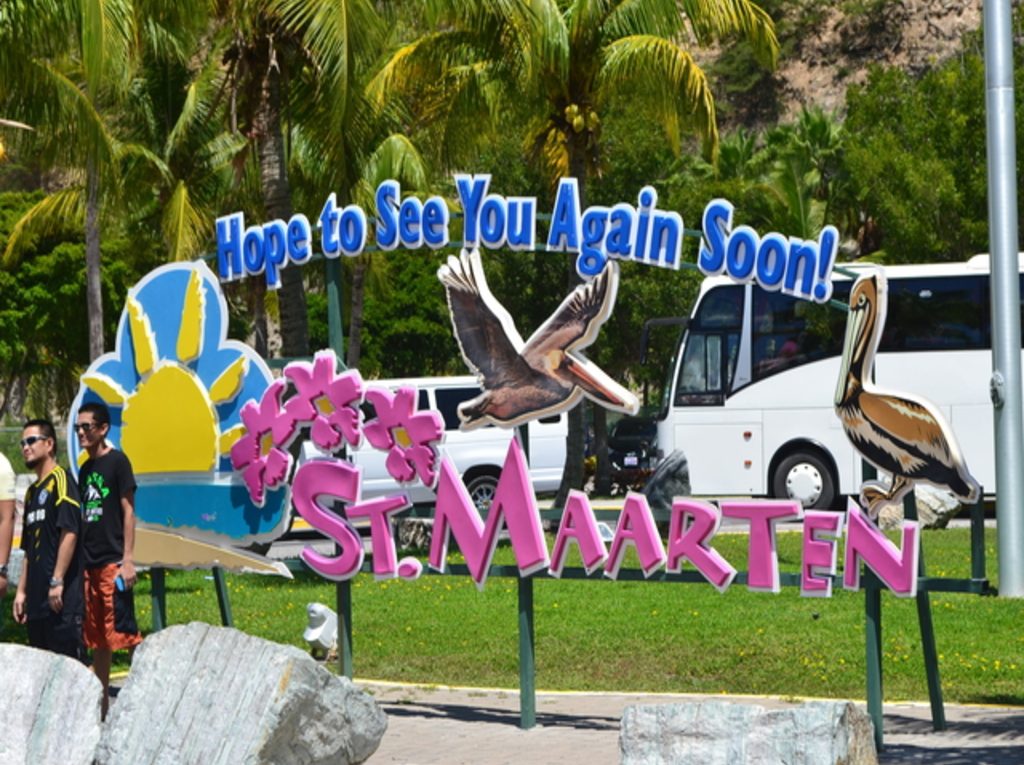 The St. Maarten Island is the most sought after tourist destination in the Caribbean region. It was discovered by the Dutch at the end of the eighteenth century and is situated between the French and Spanish Caribbean islands. It was a colony of the Netherlands and France’s collective.

St. Maarten is famous for its 36 beautiful beaches. These beaches are popular because of their calm and serene ambiance. The most famous of all  Maho beach where you can watch the planes land and take off, Maho is considered to be one of the most dangerous beaches in the world.

Princess Juliana Airport or airport code SXM is the busiest airport in the Caribbean. To travel to the island you do need a valid passport for the duration of your visit. St.Maarten and St.Martin consist of 2 separate countries, separated by their northern French side, known as Saint-Martin, and the southern Dutch side, known as Sint Maarten.

You do not need your passport to go to either side there are no official border checks, just a friendly welcoming sign. The island is renowned for its laid back nightlife and bustling resort areas. It has also become one of the most sought after places for travelers to go on vacation. Phillipsburg is the Dutch capital of St.Maarten and Marigot is the French Capital, both with port access to other islands like Anguilla and St.Bart’s.

Airlines that Fly to SXM

In addition to the large number of visitors who fly to Saint Martin every year. All major airlines that offer flights are to list a few, American Airlines, Delta, Jet Blue, West Jet, United, Sunwing, Joon, Caribbean Airlines, Winair, Liat, and more. The island of Saint Martin also draws thousands of tourists to its port, which can hold up to 6 cruise ships at once, Princess, Disney, and more.

Saint Martin French side uses 220v just as the European countries if you are going to stay on the French side you would need an adapter for all your electrical devices. The Dutch side uses 110/120V the same as the US and Canada, go ahead and plug right in.

St.Maarten is in the Atlantic Standard Time. Daylight Savings Time in the summer and one hour ahead of Eastern Standard time in the Winter.

Among the luxurious hotels that are available in Sint Maarten /Saint Martin, there are also some cheap hotels that also serve as good accommodations. Many of these hotels and resorts are situated near the beach and there is a wide variety of restaurants, clubs, bars, and lounges that can be found around the hotel.

Sonesta Maho Beach Hotel is amongst the most popular, with its sister hotel the luxurious Ocean Point. There is so much to see and experience when on vacation on this beautiful island and many things to do during your stay. It is the perfect place to enjoy yourself while on vacation. Therefore, whether you are a tourist or a vacationer, you will be satisfied with the accommodations you find here.

St.Maarten and St.Martin obviously have the same weather all year round, average in the winter temperature is 27C around 80F. It’s a few more degrees higher in the summer, better make sure to bring plenty of sunscreens. It does however occasionally rain throughout the autumn months, which is late August and ends early October, during this season it there are quite a lot of mosquitos around since they like the moisture always be prepared with deet.

The currency widely used in St.Maarten Dutch side is the US dollar but the local currency is the Antillean guilder. There are numerous ATMs located all around the Dutch side, you can get US dollars and guilders from these machines. The French side uses the Euros but the US dollar is usually accepted at par in most restaurants and stores, it is also acceptable to bargain in shops, especially when shopping in Phillipsburg by the port.

If you’re vacationing on the island it may be a good idea to rent a car, otherwise, there are plenty of taxis and buses to get around this small island. You may be satisfied with a week’s vacation but most people visit this island longer more like a month.

Dutch is the official language on Sint Maarten and French is the official language on Saint Martin. Although English is widely spoken, you will overhear Spanish, Papiamento, Hindi, respectively, even Italian. Creole Patios on the French side. The food is an important part of this island with the 5-star restaurants serving French cuisine to the roadside barbeque shacks serving chicken and ribs Creole-style sides it won’t disappoint even the picky eaters in the family.

Overall the island is safe to visit all year round except hurricane season could get rainy. There’s not much of a crime rate on the island since it is more prosperous than its counterparts.

Visiting the island is easy there are quite a bunch of airlines from the USA, Canada, and Europe that fly to SXM. You may also access St. Bart’s from St.Maarten either from the airport by flight or by the ports in Marigot or Phillipsburg by boat.

Anguilla is super easy to visit by boat it’s only 20 minutes away and shouldn’t cost more than $30 USD. If visiting Anguilla make a point of visiting Shole Bay one of the world’s top ten pristine beaches, just stunning. Both islands will require your passport to embark, make sure to have it with you.

Embedded between the Caribbean Sea and the Atlantic Ocean St.Maarten offers 70kms of coastline and 37 of the most beautiful beaches in the Leeward the islands. We have listed all 37 beaches, Each one of these beaches is exceptionally distinctive. Although the more popular ones are Maho Beach, Orient Bay, Pinel Island, Nullet bay, and Cupecoy beach after Irma most have recovered to their original state.

I recommend making the most out of your vacation, doing some duty-free shopping, taking an island ATV tour or going around the island with a catamaran, discovering all 36 beaches, and try the numerous restaurants offering delicious French, Creole, Italian, and many more various cuisines. Alas for a small island guaranteed you won’t run out of things to do or see. Book your trip to paradise now.